Here's Monday night's dinner, our first homegrown full chicken dinner. It was really good. The white meat was like butter to bite into. Chicken....goooooood. :) 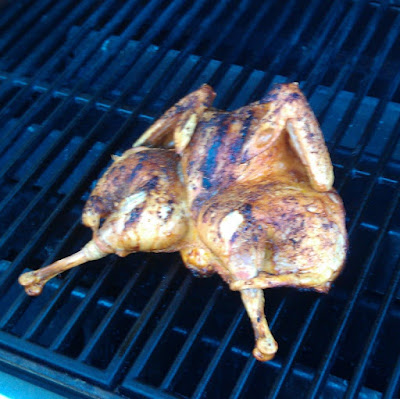 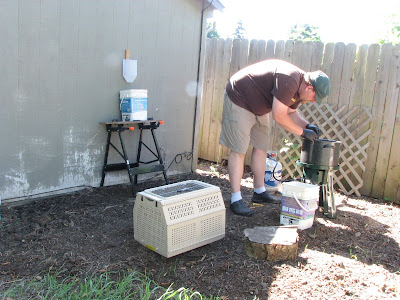 The scalding pot is 140 degrees and the deceased chicken gets dunked around in it for about 30 seconds before getting plucked. 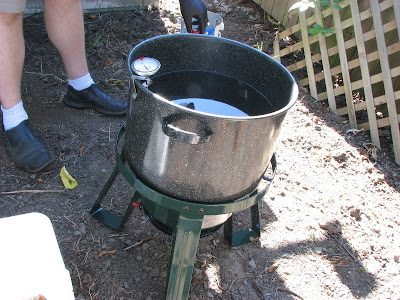 Here's the kill cone set-up. We were considering getting a real metal one but couldn't find one locally so we used a modified vinegar bottle again. It worked well. 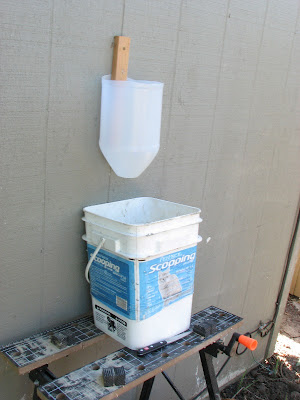 Here's the rooster we were given while awaiting his turn. We caught them one at a time and kept them in the cat carrier until their turn. We tried to keep them as unstressed as possible since apparently that flavors the meat. 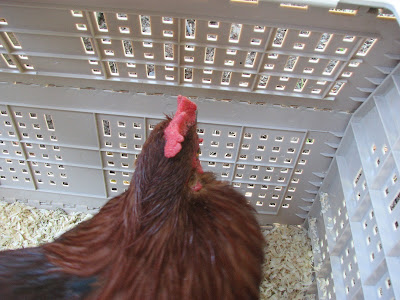 After they were plucked, I took each chicken inside, removed the feet, took the insides out and removed the oil gland at the base of the tail. I froze the necks, hearts, and cleaned out gizzards for stock. Each chicken was put in a Ziploc bag and we left them in the fridge to season for three days before freezing them. Apparently the meat needs 1-3 days to get rigor completely done so it will be at its best.
After being dressed, the Cochin weighed in at 1 lb. 10 oz. and the Rhode Island Reds weighed in at 2 lb. 7 oz. and 2 lb. 10 oz.