Making yogurt at home is so easy. YOU DON'T NEED A YOGURT MAKER! That machine was invented as a solution looking for a problem in my opinion. A cooler works just fine. I thought I'd post the process to encourage people to give it a try. When we used to make yogurt with store bought skim or 1%, it was helpful to let the yogurt drain on some cheesecloth until the desired consistency was reached. It can be quite runny to start with. (The drained liquid can be added as the liquid when baking or to any soup, etc. so the excellent nutrition it contains isn't wasted. It imparts no noticeable flavor.) You can also drain yogurt to the point that it's spreadable like a soft cheese (hence, "yo-cheese") and put it on crackers. Now that we're using whole milk (starts out raw but the process pasteurizes it) it's a perfect, thick rich consistency without any additional steps.

(Note: "Greek" yogurt, so popular right now, is just yogurt that has had more whey drained out than usual. Amazing the premium that that little detail is commanding.)

One note - homemade yogurt is "plain". To me it's too sour to eat without some doctoring, usually in the form of fruit and a swirl of honey. It is disturbing how much sugar one has to add to make it taste like store bought flavored yogurt. It's something that I sometimes wish I didn't know. (The taste of your final product will depend on your culture. If you're using commercial yogurt as your starter, make sure you like it. For instance, Nancy's is much more sour than Noosa.)

Plain yogurt is an awesome addition to savory foods, especially ones with strong or spicy flavor. It can be used like sour cream on Mexican dishes. Indian foods (like daal) are made even better when paired with it. The other night, I made curried cauliflower, mixed it with pan fried spicy sausage and threw in a little bit of cooked kale and onion as well.  The yogurt was the perfect condiment to bring it all together. 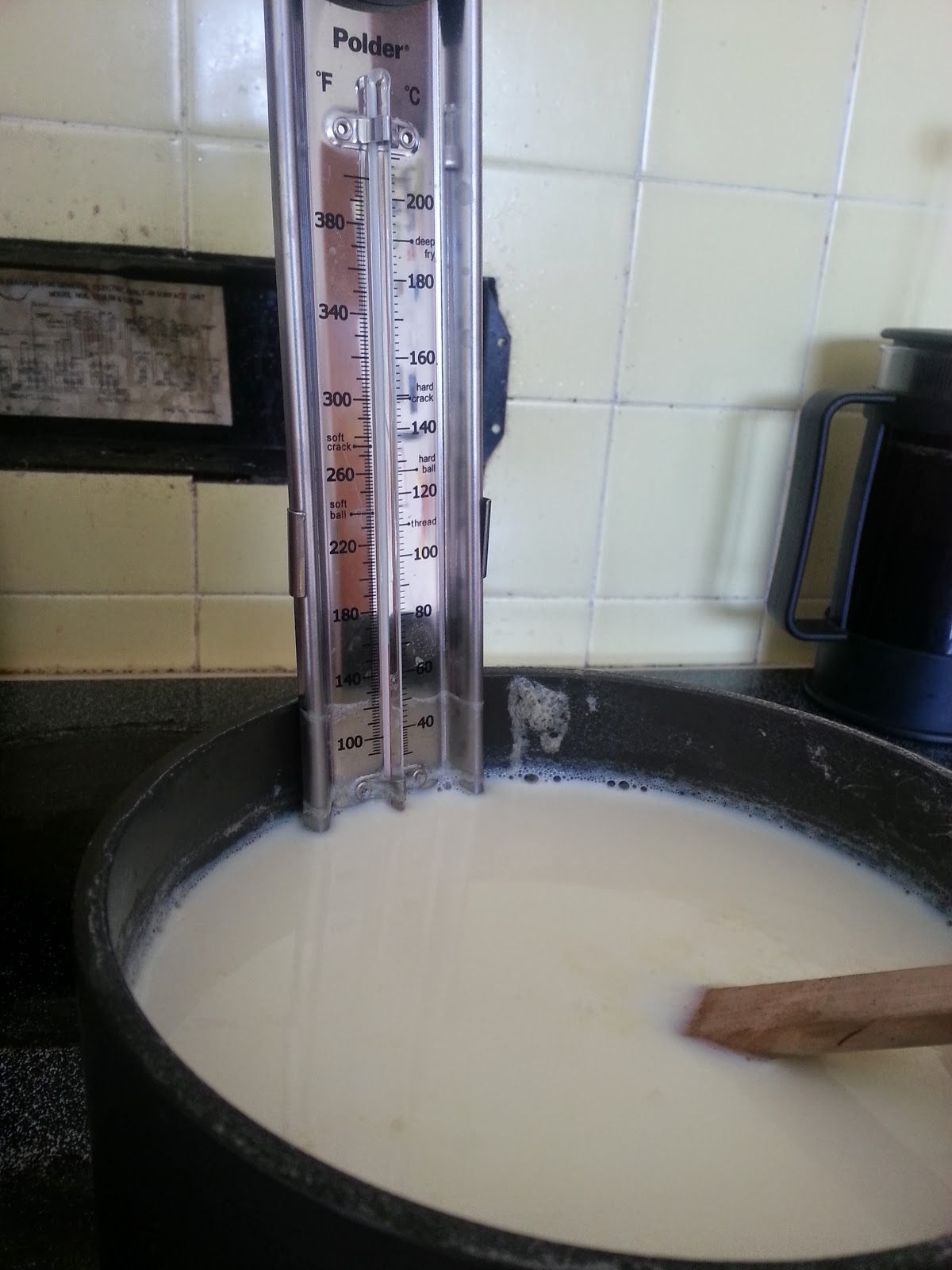 It starts with putting your milk on the stove top. Either very low (my preferred temp, takes longer but I can wander away for a while) or slightly less low with constant stirring to prevent scorching. I don't think hotter saves any time since you're dissipating heat with stirring. A double boiler is also an option but that sounds like more work than I'm willing to do. You want the milk to get to 185 degrees F. 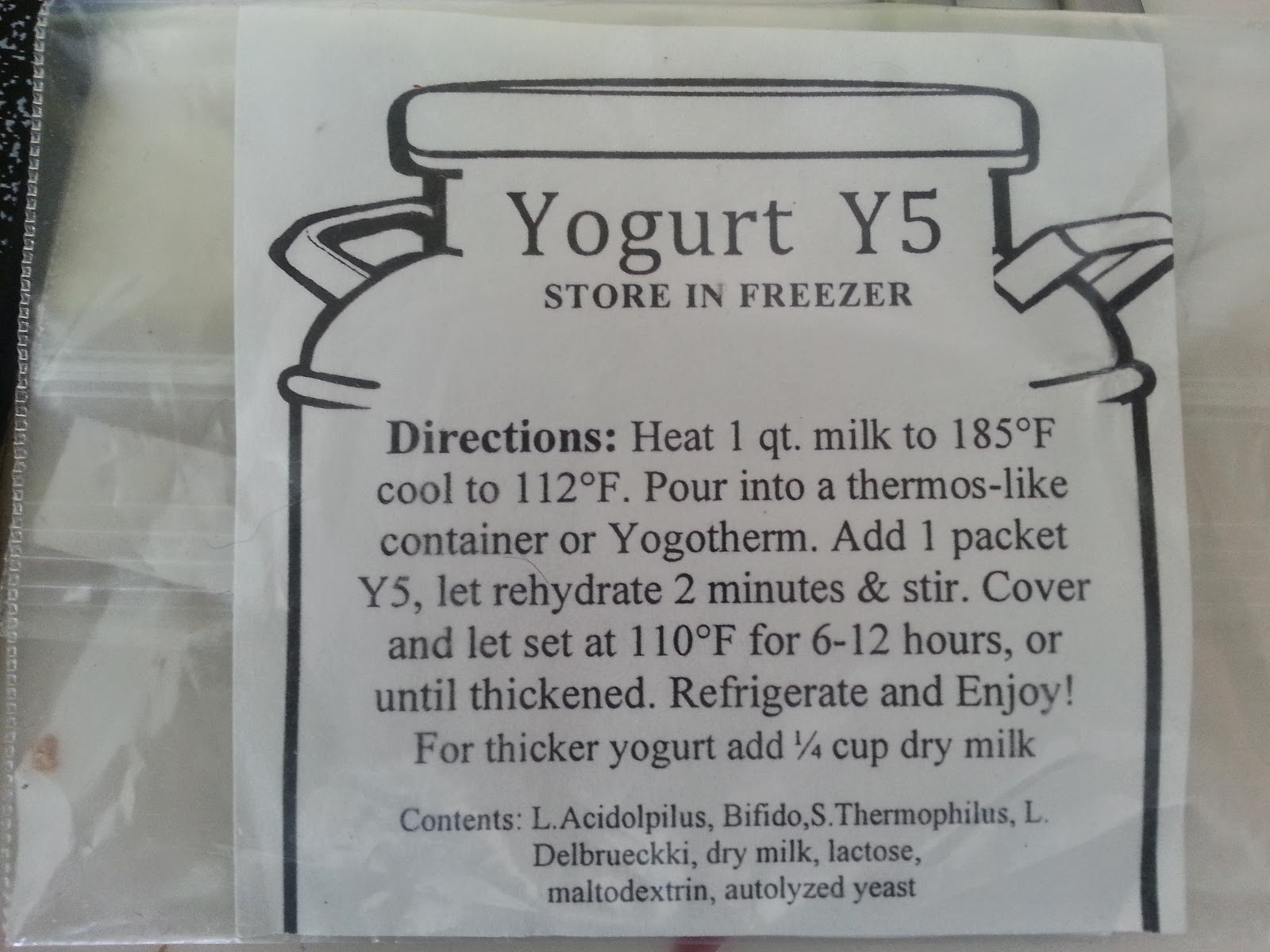 The next step is removing it from heat and waiting it to cool to 112 degrees F. It's got to be this cool so your culture isn't cooked and killed as soon as it is added. I've been using Y5 powdered culture (available online or from brew stores) lately but you can use a tablespoon or so of any yogurt that advertises active cultures. This packet says it works for 1 qt. of milk. I've done 2 qts. with no noticeable difference in success. 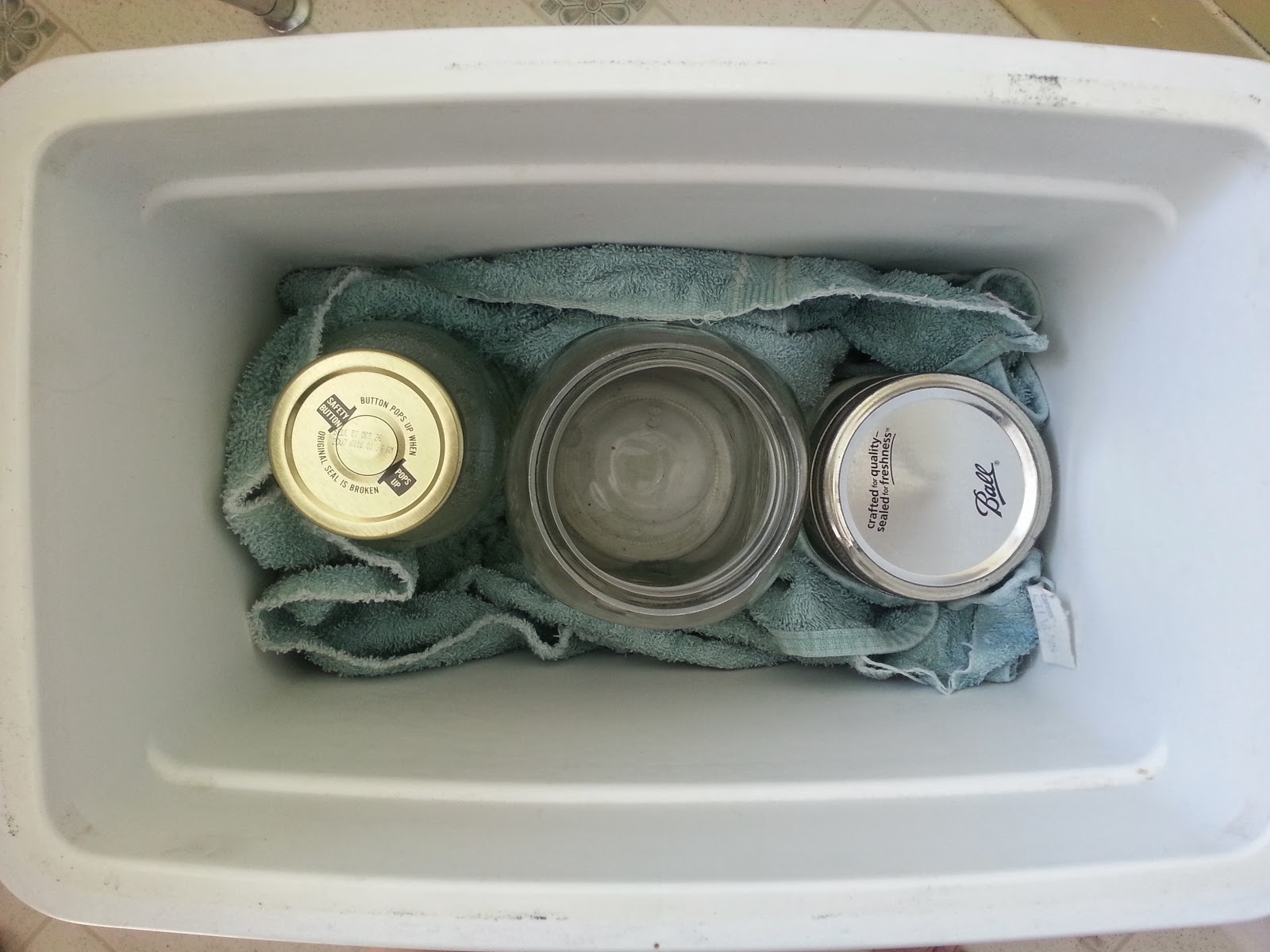 While I'm waiting for the milk to cool, I arrange canning jars in a towel in the cooler. I pour boiling water from the kettle into the two outside jars and screw on lids, closing the cooler to keep the heat in. Depending on the configuration and size of your cooler, organize the jars so they fill the bottom of the cooler and the yogurt is as central as possible.

When the milk reaches the right temperature, add your culture, allow it to sit a couple minutes, stir, and pour into the waiting cooler jar. Screw a lid on to the yogurt jar and replace the cooler lid. 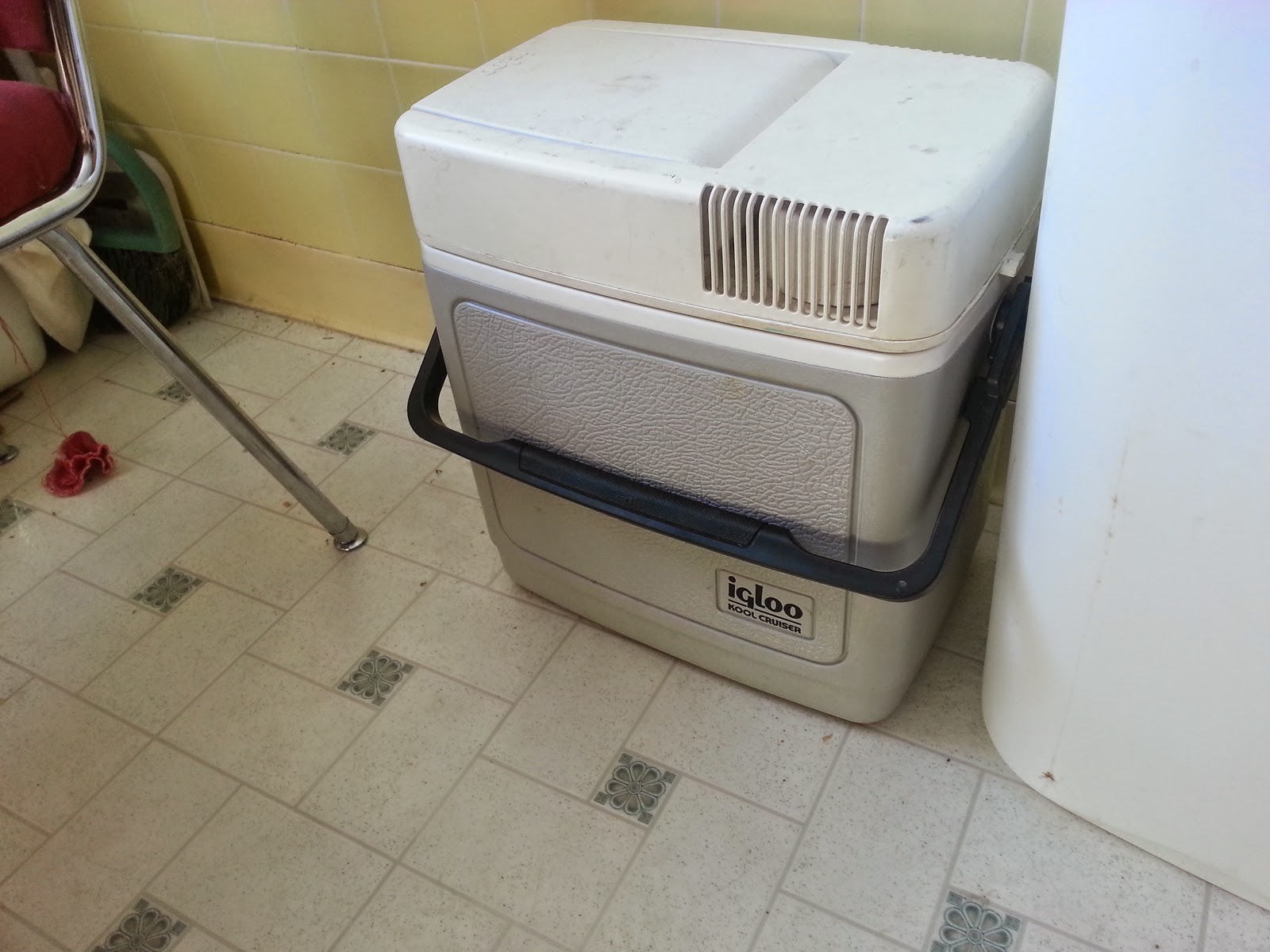 Let the yogurt sit, undisturbed for 6-12 hours. I always let it go to the long end if I've used lots of milk to my amount of culture. You can open the cooler at 6 hours and gently tilt the jar to see if you've got a set. If it still acts like milk, just put it back in and wait.

Save a little from the previous batch as the starter culture for the next batch. You may notice that it gets more sour over time. If that happens, just buy a new carton of yogurt (or another packet of culture) to get a fresh start.

If you're a regular yogurt eater, I strongly urge you to give this a try. It can be a very economical (and environmentally friendly) alternative to buying carton after carton at the store.