This weekend we got to attend a natural building workshop at Vistara, a new intentional community being created a few blocks south of us. It was put on by Firespeaking, a very cool couple who are true experts at natural building. I overdid it a little on the first day so I spent a lot of the second day watching but everybody was very understanding and I learned a lot.
On the previous weekend, they built a barrel oven that we put the finish plaster onto. Our lunch on the first day also featured potatoes cooked in the new oven and later that afternoon we had cookies! 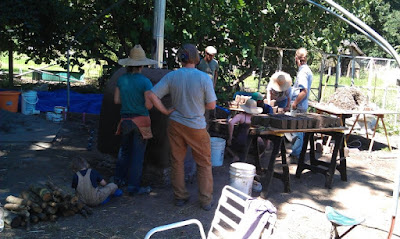 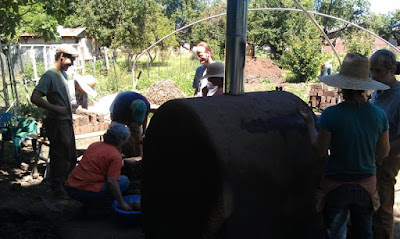 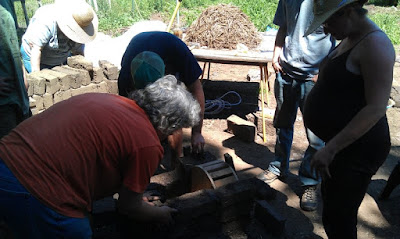 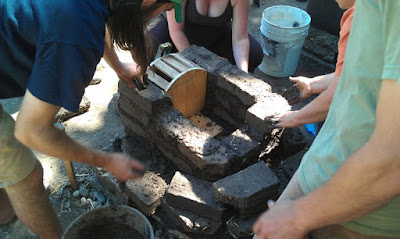 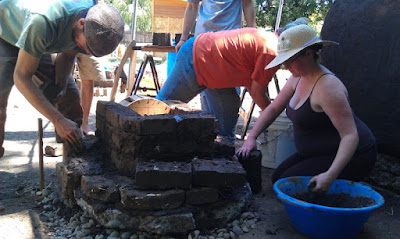 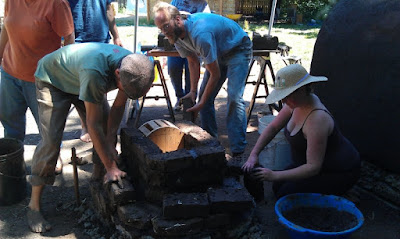 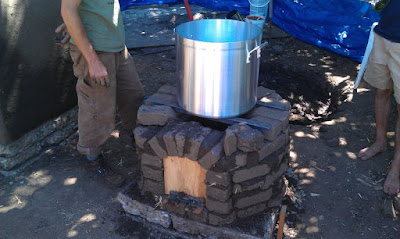 We don't seem to have ended up with a picture of the finished oven. Above where the pot was set, there are another few courses of bricks that go up to just below the handles. The stovepipe comes out the back. The wooden form was removed, the sides were shaped smooth and a base layer of plaster was put over the entire thing to provide a smooth layer for the finish plaster to be applied later. They're also planning on potentially tiling the top, which would end up looking beautiful.
Posted by Liz at 11:04 AM