Since it's been a while since I did a virtual garden tour and things change so fast this time of year, it seemed like it was time for a visit.
Here are the 5 lb. 10 oz. of strawberries I picked this morning from the front 1/3 of the bed. That's right, I didn't even get the whole bed picked over. They're nestled in with the popcorn and lettuce. 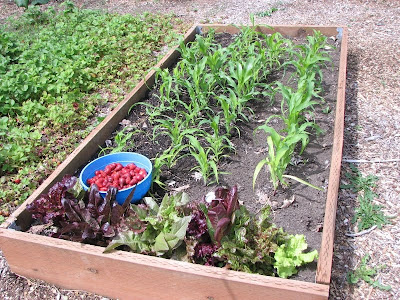 The peas have a few pods that are starting to get fat. 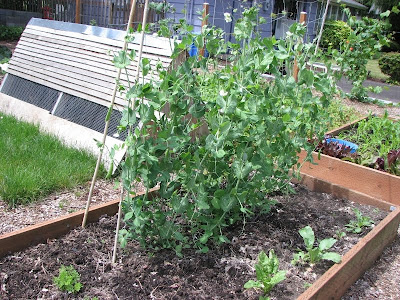 The oats are very robust but I was worried earlier this week because it seemed like some were lodging (tipping over), which would indicate too high a ratio of nitrogen to phosphorus. They don't seem to be getting any worse and I think we don't have too much growing left to do, as evidenced by... 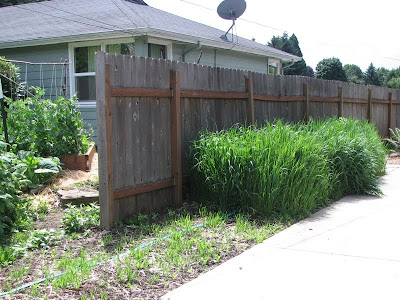 ...the beginnings of seed heads. Yay! 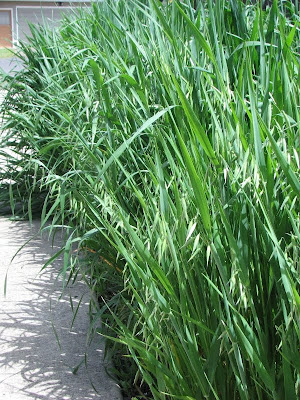 The first and second plantings of edamame. The potatoes at the far end have one that's blossoming. Potato blossoms are so unexpectedly cute. I mean, who would expect it of a potato? 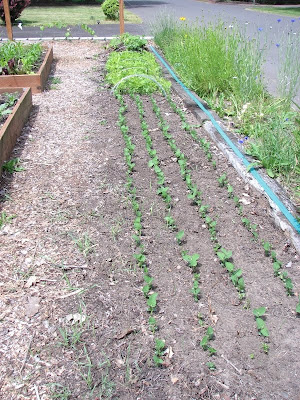 The coreopsis are starting to bloom, the irises are slowing down and the bachelor buttons just keep going. The daisies are getting ready to burst. 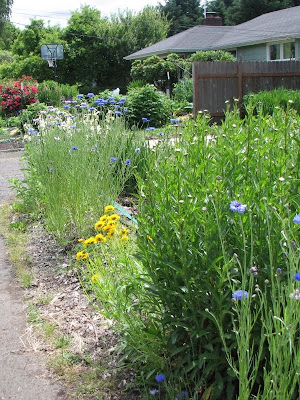 The blueberry bushes are incredibly heavily laden but are still definitely green. Hurry up blueberries! 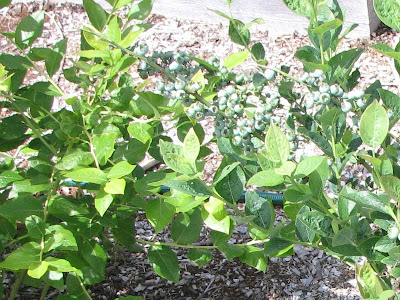