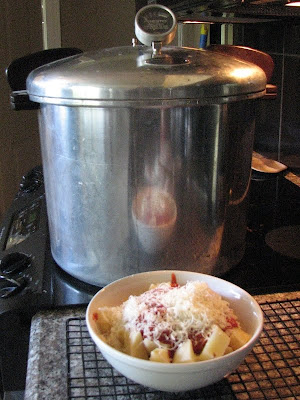 I finished processing the marinara that I roasted on Sunday today. It made 8 quarts + 1 serving. I'd already boiled my turnips for lunch when I realized I had one serving extra so I just sliced the turnips into strips and had marinara and parmesan over them. Pretty good. A little unusual but good. I'm still waiting on the canner to see if I was successful. Worse case scenario, I freeze it. I am determined to figure out why I fail so miserably with pressure canning though. 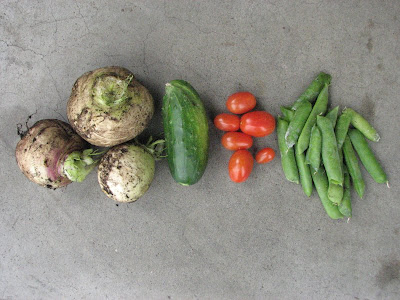 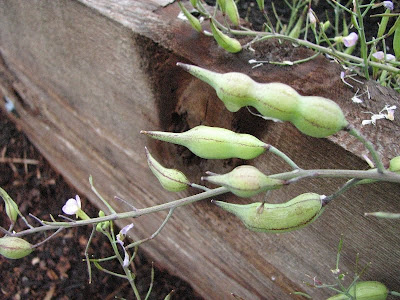 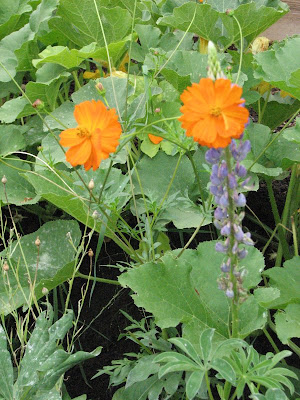 Late Lupine - I have no idea why this lupine decided to send up one more stalk of flowers but I went out this morning and the flower was wearing and orange blossom as a hat. 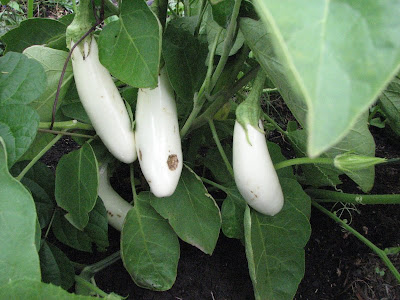 I did my best to capture how full this eggplant is. It's almost 3 feet tall. Shown are the larger eggplants. There are a bunch of smaller ones all over the plant as well. 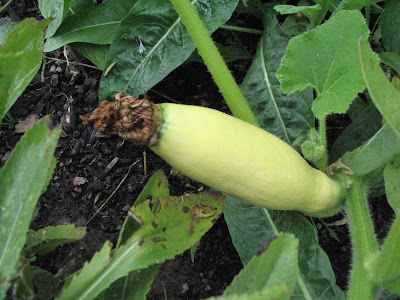 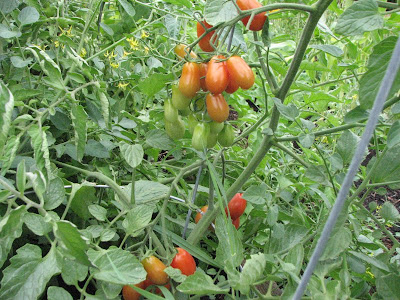 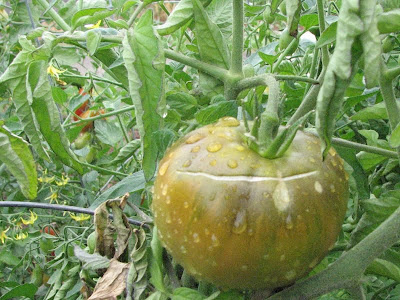 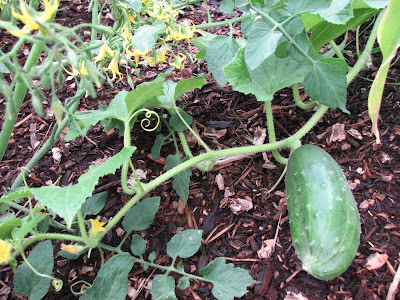 Sneaky Cucumber was originally hiding under it's vine, some tomato branches and a couple of corn leaves.

I also planted winter/fall varieties of beets, kale, cauliflower, broccoli, parsnips, onions, spinach and snow peas today. We'll see what happens. If it's a "normal" year, I've likely still got 1 1/2 months or more before first frost. My first sprouts from the bush peas I planted last week were just visible this morning but they weren't feeling very photogenic.
Posted by Liz at 1:25 PM