I didn't update yesterday because things just keep going well. Weekends are quiet in the NICU. Today, Monday morning, we talked to the "boss man", Dr. Crombleholme, who will be doing Clarity's surgery when she's ready. He was pleased with her progress so far and thinks that about 10 more days of stability will likely get her pulmonary hypertension decreased enough to safely do her repair. Exactly 10 days would be Mom's birthday, which she thinks would be quite the birthday gift. :)

There are two schools of thought on repair. Many doctors perform the surgery as soon as the baby is even mostly stable, within 2 or 3 days of birth. The team at Children's has been using the approach, which I believe is getting more common, that if a child can be stabilized, they need to get to the stable point and then really just relax and get used to being here. One delightful note from our conversation with Dr. Crombleholme - since they instituted the restrictions for what qualified babies for surgery, they have not lost a single baby with CDH during or after the repair. Still hoping we can just make it through the last of these woods and then quit fearing for her life on a regular basis and focus on convalescing.

She is stable but the fidgeting with medications and settings continues. They changed her to a high frequency ventilator this morning, which makes her whole body jiggle as it makes her chest flutter. This has made her numbers much better; CO2 blood gases have gone down considerably - into the happy range. Now that her blood gases are looking good on this vent, they will slowly try to start weaning down the O2 levels.

They also put her back on the narcotic pain killer because her heart rate keeps spiking a bit and her little grimaces and increased movement suggested that she may be uncomfortable. They'd weaned her off because we want a baby who doesn't already have a pain killer tolerance when her surgery comes around. She's a lot better now. The nurses and I wonder if she needs that because the constant jiggling would give us a headache. They're still trying to convince her that anxiety meds are enough right now and will hopefully wean the narcotics again soon.

The funniest thing about all the numbers is that we think of something as "her number" and we know what we're shooting for but then when we really get something under control, we can't believe how...cavalier? we were about the level it was when we were trying to fix it. Latest blood gas at 49; we were thrilled when it had crept down into the 60s after being in the 70s. Mean blood pressure now consistently sitting in the mid-40s; we were watching and willing it to get back out of the 20s when she was dropping all the time.

Tonight I got to change a diaper. Lifting on her tiny legs and feeling the contour of that tiny bum as I slipped the new diaper on gave me a little jolt of the newborn snuggly joy. I also got to do oral care again and changed her headband to one that I had made. I might have to be making more headbands...

I actually left the hospital with Mom on Sunday afternoon and spent overnight back at our house with Peanut getting to sleep in her own bed for the first time in a week. Unfortunately, I still can't be by myself with her because of post-surgery lifting restrictions but Mom was gracious enough to spend the night. Tonight, I kind of forced Quentin to take a turn going home for the night. I think it's really hard for Daddy, who has been Clarity's angel ever since she was born, to be even 1/2 hour away. I'm realizing that my forced separation at a different hospital for the first couple of days had one positive. I have not had to struggle with learning how to leave her here in the way he has. He was also here for all the scary times, which I'm sure makes it that much harder. After dinner, we walked the chapel labyrinth together (in what is fast becoming one of my favorite rituals) and then he went home. We'll see what time he shows up in the morning. I know he wants to make it in time for rounds.

Poor Willow had the worst meltdown she has had in her entire short life today. She's starting to get overtired with the strain and I think we've arranged for her to spend the entire day at home tomorrow, playing with Grandma Jill. We've decided to prioritize making sure she sleeps in her own bed each night and finding ways where she can spend the majority of each day at her own house. Hopefully, she'll settle into some routine again and be our sweet, happy-go-lucky girl.

I got a fuller picture of Clarity's birth today. I think I'm grateful that I was post-op and didn't really have much awareness of what was going on or a sense of time. Quentin filled me in on how a portion of what they were doing immediately after delivery qualified as "resuscitation" and how they were actually working on her for about half an hour in the room next door before she was stable enough for a quick visit to me (still being stitched) before they continued on to the NICU. She was born at 1:18p and I also hadn't realized that doctors were still working in the NICU until almost 5p to get her stable enough for family visits. I was unwell enough after the transfer back to UCH that my parents and sibling visiting blended into "right after I left Children's" for me. I thought that they'd gotten in to see C an hour or so after her birth, not 5 hours. By the time I was myself again and time started working in the way it always has, the worst of the crisis was over and I felt kind of silly for having prepared my family that we might have to say goodbye to her on the day she was born. Knowing what I know now, I've stopped feeling silly. The amount of trouble Dr. Reeves had prepared me for based on her latest results was actually pretty accurate. We just happen to have an amazing team of life-savers here who quietly and calmly saved her and have spent the next few days continuing to do so. They have shown so much careful professionalism that I probably still won't ever really realize the kind of miracles they've worked. 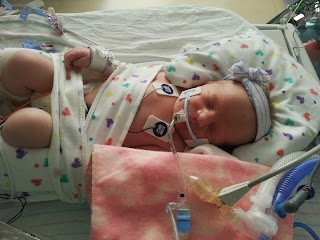 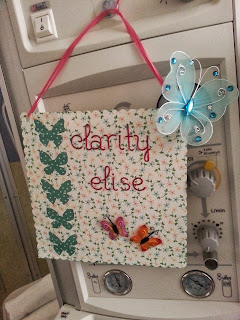 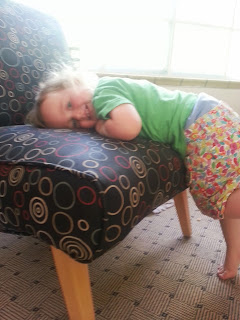 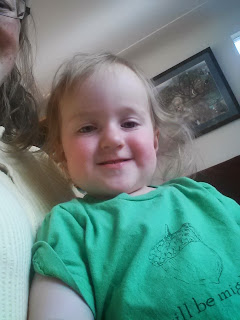 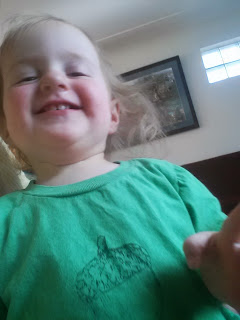 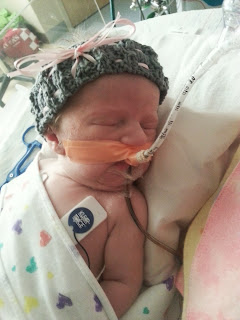 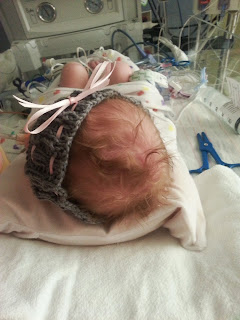