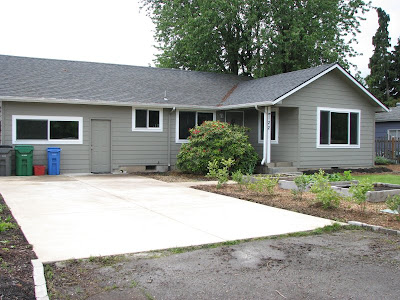 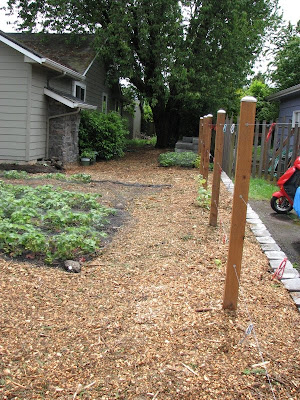 The bark recovered all of the paths in the front, and provided a layer all the way back to the cherry tree. 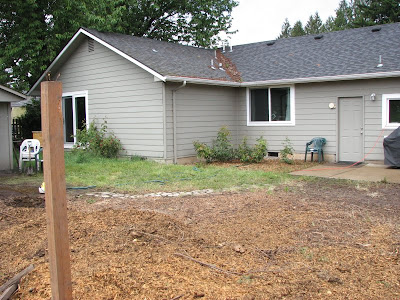 The Oregon Grapes and huckleberry got weeded around and bark mulched. The fence didn't get put back this weekend because there's about a foot of bark mulch above the surface from the stump grinding and the remains of a stump right where Q hoped to put the new fence post. The back is starting to look better though. Just having those trees gone has given it so much new life. 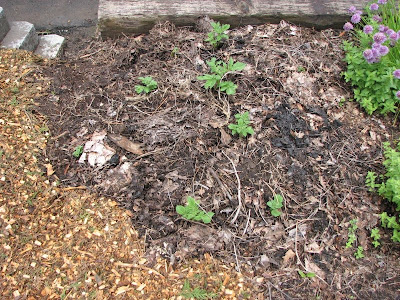 Some of the potatoes are coming up. I've never grown potatoes before and am very excited. 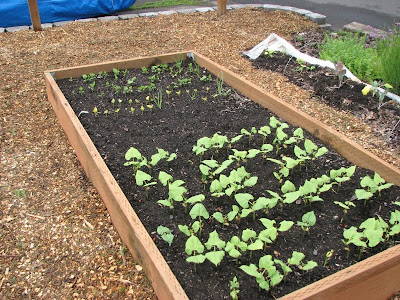 Edamame are at the top of the picture, followed by a couple rows of black-eyed peas. The blank area just had fava beans planted yesterday and the big leaved plants are bingo beans. We're going to need some major trellising soon.

No pictures, but we have the first half dozen blossoms on the peas.

Do you have plans for your backyard space now that the trees have been removed?