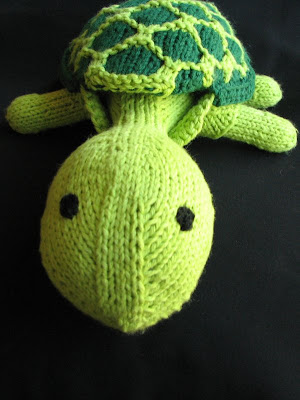 I was rather thrilled when I found out that the theme of my new nephew's nursery was going to be turtles in blue and green because I've been dying for a reason to make Sheldon ever since I saw him. I used simple cotton "Sugar 'n Cream".

I made two changes to the pattern. I used yarn to stitch on eyes rather than sewing on plastic so there wouldn't be a choking hazard. The pattern also calls for creating I-cord for the outside of the turtle shell. I wanted something combined the top and bottom a little more seamlessly so I single crocheted two rows that incorporated the top and bottom both times. I was very pleased with how it turned out. 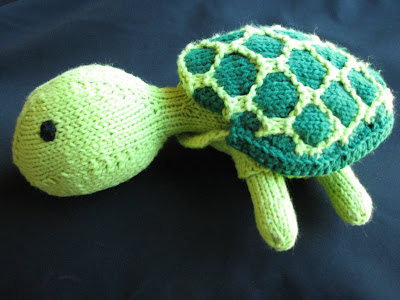 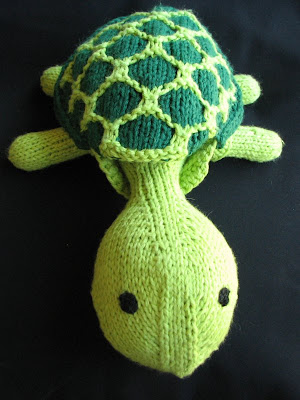 Now that dear baby just needs to get born!
Posted by Liz at 2:18 PM