My class is going to Astoria for the end of year trip this year so Q and I went up to spend the night and check out the Maritime Museum and Ft. Stevens State Park. We went on the first weekend of April and there was a fierce storm which made the ocean crazier than I've ever gotten to see it. We were very glad we had a yurt and weren't tent camping too as mighty gusts of wind and occasional hail storms buffeted the coast that night. We also got in a bit of geocaching. 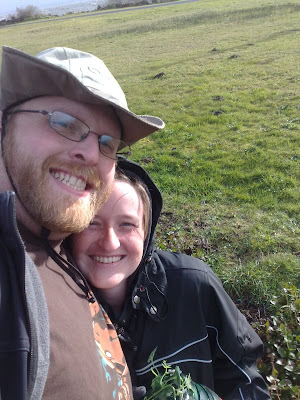 We'd picked up a "50 States" Travel Bug that had never been to Washington when we were in Portland the day before. Since Astoria is only a bridge crossing from Washington, we found a cache just on the other side. Wow, the wind was blowing. 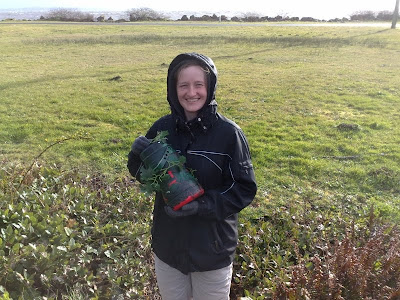 I love the camouflage on this one. 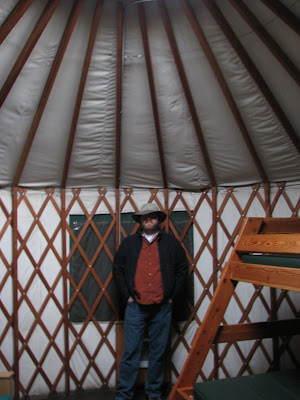 Here's Q in our yurt in the morning while he waited for the oatmeal water to heat. 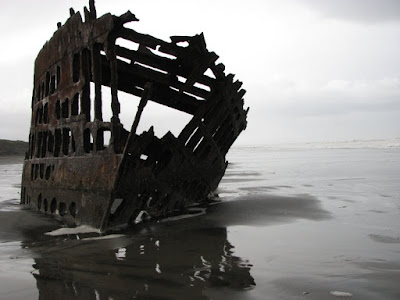 This is the wreck of the Peter Iredale, a ship that wrecked near the turn of the last century at the beach which is now part of Fort Stevens State Park. It's size is pretty impressive, even now. Apparently the bar where the Columbia River dumps into the Pacific Ocean is the most dangerous place on the entire U.S. coast line due to the violent meeting of the massiveness of the Columbia and the ocean combined with relatively shallow water with unpredictable snags and weather. When the shipwrecks are placed on a map, they almost completely cover it. 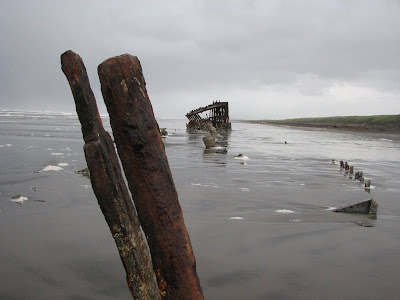 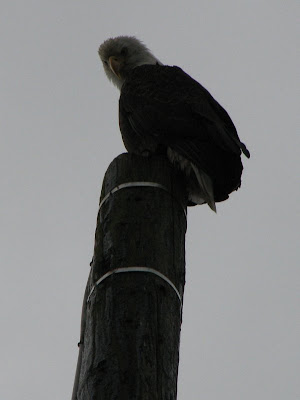 This eagle was on the top of a very tall pole near the Peter Iredale site. It turns out he was "guarding" the place where the cache we were seeking was hidden. He looked down on us with disdain as we approached. 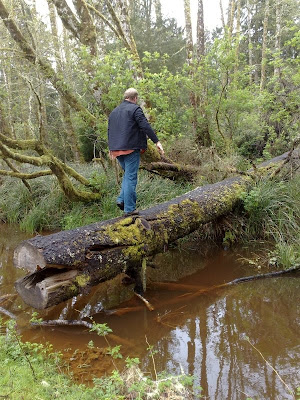 The most daring cache of the day, which of course meant it was the most exhilarating find.
Posted by Liz at 3:47 PM