Saturday was beautiful and Sunday was overcast but not too wet so we got quite a bit of outside work done. 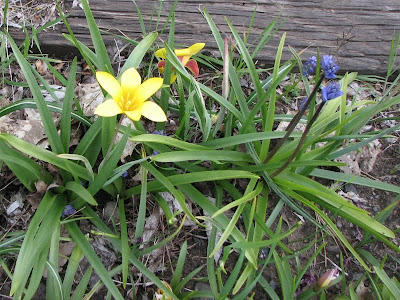 The bulbs are close to being done and I took out the most of the lupine/daisy mafia that had overtaken the front bed late last summer so we planted the flower beds (beds at the street and by the front door) with a mixture of various seeds. There were double pink poppies, snapdragons, "hummingbird mix", and "beneficial insect mix". 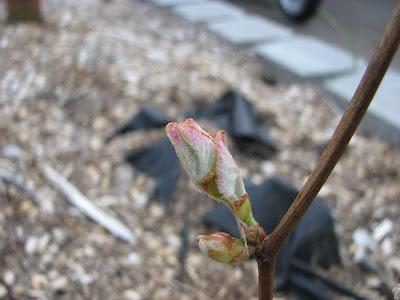 The grape buds are slowly and magically unfolding into clusters of leaves. I was happy to see that the cane that looked dead to me has started having some leaf buds. There are a couple of buds coming off really close to the ground and I'm wondering if one of those could end up becoming the new main stem since I still don't like the blighted look of the main branch. I'll let it keep doing its thing and, hopefully, the answer will become clearer. 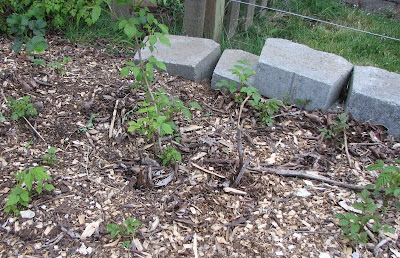 We were not prepared for how vigorously raspberry canes produce suckers. The mother is the tall one going out of the frame. I think I'm going to try to transplant some of the others into the trellis line, since we currently only have one raspberry. At least the suckers aren't apparently impossible to kill like blackberries. I hope that's true and we won't constantly have to be beating back an invading bramble. 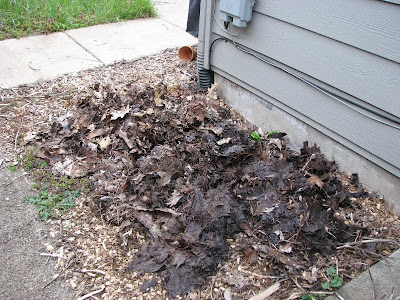 Some potatoes that had gone soft in the pantry started vigorously growing roots and a few leaves in the cold of the winter compost pile so I spread them out in an empty bed and threw some leaves over them. It might be fun to rig some sort of fence out of some chicken wire and try to create a potato tower. We keep meaning to get around to that experiment. 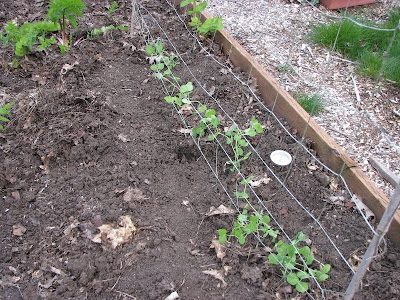 I felt so guilty about having nothing started that I bought a six pack of pea plants the other day and got the support net out and rigged up. I planted another row of seeds on the other side of the net and planted some spinach, radishes, lettuce, and carrots in that bed as well. I'm trying to start planting small amounts of things in several batches to make the harvest less "feast and famine". I've already got some little lettuce plants going in the next bed over that are a few weeks old now. Scaling it to fit a household of two instead of an entire plantation, I keep having Thomas Jefferson's advice to plant a thimbleful of lettuce seeds every week play through my head. 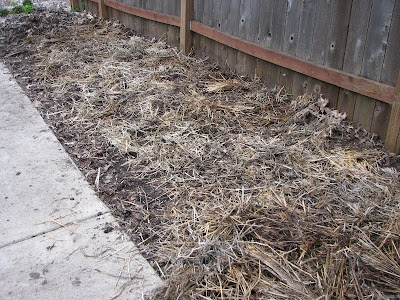 Our most exciting experiment was getting the bed of hull-less oats planted. Hull-less oats are a good option for a home garden because they're easier to process. Ideally we'll get some grain out of the bed to either roll for oatmeal (we'd need to buy a cereal flaker) or use as supplemental chicken feed (we could just run it through the mill on a very coarse setting). The straw should be usable as chicken bedding for the coming winter.
We did some soil tests and confirmed that last year's corn had completely drained the soil of nitrogen. After we broke up the soil a bit we worked in about 6 pounds of fish meal and about a cup of blood meal that we happened to have. We then scatter sowed the oats, lightly raked them over, and Q walked over the bed to make sure we had good soil contact. We then spread the last of a rain-abused straw bale over them to discourage the crows from seeing it as a buffet. They're supposed to germinate in 7-2o days, so we'll know in the next month or so if our experiment is off to an auspicious start. 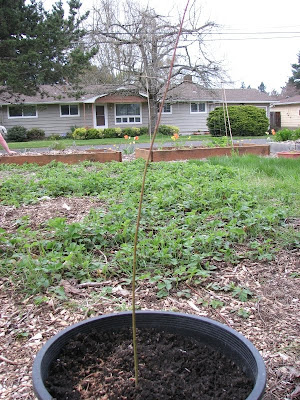 In honor of Earth Day, the garden center was giving away Japanese maple seedlings. This is one of our favorite "useless" trees so we got one. Since we have no idea where we could possibly put it, it is currently living in a very large planter. If it survives and looks like it might actually become a tree we'll have to work it into the back yard landscaping as that develops. 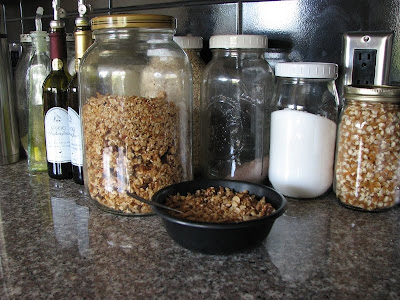 All that oat planning got me in a cooking mood and we made a double batch of granola (this batch features dried cherries) and a batch of oatmeal scotchie dough this weekend. We're rationing cookies to one pan per day. I think I'm going to have to start upping the walnuts and leaving out the almonds though. We finally saw Queen of the Sun this weekend (absolutely remarkable movie) and I'm not sure I want to support the almond industry any more. Monocultures are always bad but I'm deeply concerned about what this particular one may be doing to our bee populations. I haven't been able to figure out how to find any small farms that produce almonds and manage hives on-site.
Needing yogurt for the granola got me enthused about making yogurt again. I've wanted a way to maintain the temperature more efficiently while it cultures and Q found this project in Make. (Who wants to go to the effort of making yogurt in one of those stupid machines so you can just get 6 tiny little jars in a batch?) He ordered the parts on Monday and everything works out - I get a yogurt maker and he gets an electronics project. 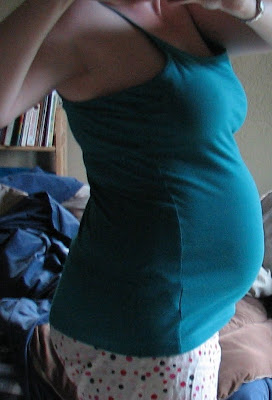 Mom pointed out that I've been remiss in posting bump pictures so here we are at 22 weeks. I'm glad I took early pictures so I've got proof to convince myself I use to have a relatively flat tummy. I'll probably be glad later on, when my huge belly seems like a dream from a far of time that I have proof of that too. Amazing to think I still have 4 months of incubating!
I also finished a cute spring size 12 mo. sweater this weekend that I need to get a pattern and pictures posted for.
Posted by Liz at 5:58 PM