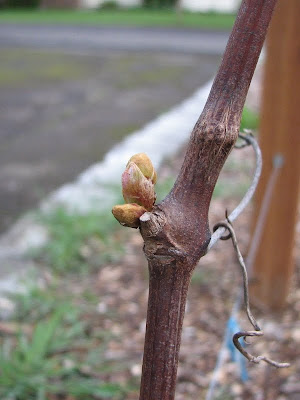 Two of last year's grape vines and the new one all seem to be doing well. It looks like we lost one to some sort of fungus though - oh no, a trip to the garden store! ;) 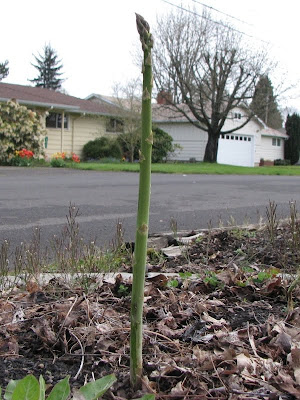 About seven of the asparagus crowns in the front bed have stalks. 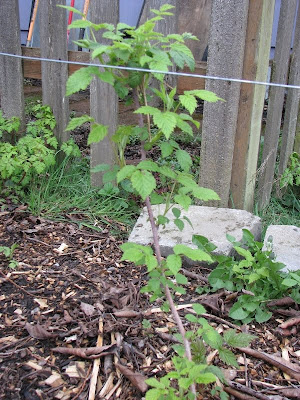 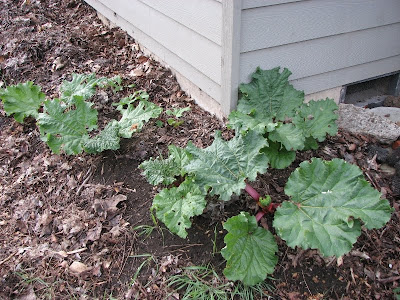 We now have seven rhubarb plants. 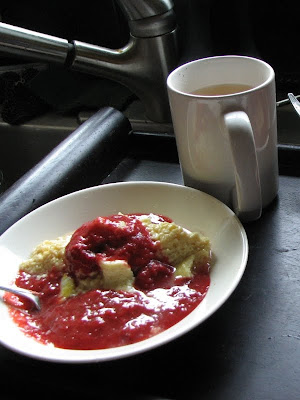 I realized that we need to use the rest of last year's rhubarb and strawberries before this year's crops come in...and we have tons of backyard grown eggs. This translated into vanilla custard with strawberry-rhubarb fool for breakfast this weekend. 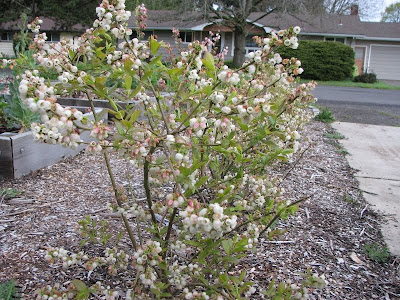 When we came back from Colorado, the blueberries had burst into bloom. 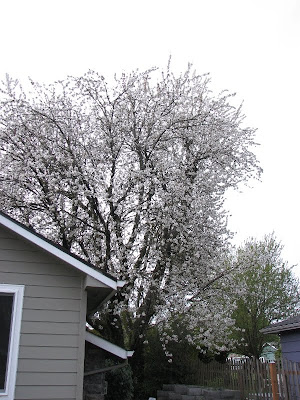 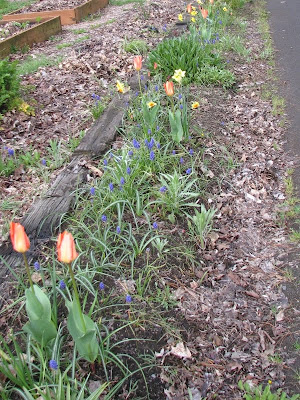 The bulbs have been having a nice succession. 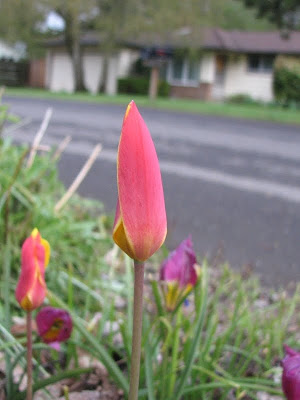 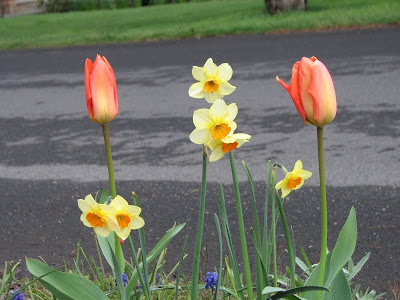 We spent a bunch of the weekend working on the new chicken coop. The layers are in their new house tonight and the meat chicks are spending their first night in the tractor. I'll post chicken pics once we get the finishing touches on the coop done.
Posted by Liz at 9:32 PM

Maybe it's just the angel, but is that the tallest asparagus in the world? How do you know when it's ready for eating?

It is really tall but I was playing up the angle. The crowns still have another year of getting established before we're allowed to harvest from them, so they get to get much taller and fatter than most asparagus. I'm not sure there's a hard and fast rule for when you harvest stalks if you're going to harvest. I've always gone by "does it look like asparagus I want to eat?"