Day 41 NICU - Photobomb and Getting Ready for Another Surgery 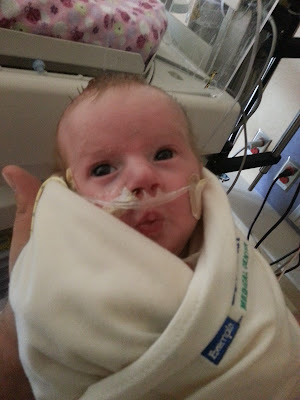 After my last post at the beginning of last week, Clarity was continuing to have fast breathing and heart rate with increased need for respiratory support. Her blood work indicated she was low on hematocrit so she got a blood transfusion on Tuesday, July 2, followed by a dose of Lasix because her fluid output had decreased a little. This made her very happy; her heart rate and breathing decreased and her saturations have been holding more steady again.

Several days of chest x-rays, however, suggested that a little cloudy something in her right lung was likely aspirated reflux. She hasn't been spitting up but she's been refluxing high enough to be "silently" aspirating some of her feeds. The slight decrease in lung function on an already compromised respiratory system is causing her to need the additional O2 and it would only continue to get worse if we continued full feeds into her stomach and didn't fix it. The short term solution was to place her nasogastric (NG, nose to stomach) feeding tube farther down so it's delivering milk directly to the beginning of her small intestines.

GERD (gastroesophageal reflux disease) is extremely common in CDH kids, especially ones like Clarity who have their stomach in their chest at birth. The point where the top of her stomach meets the esophagus is too wide and allows stomach contents to escape. The fix is a Nissen fundoplication (described here). The surgery allows food to go down but nothing can come back up. Due to this side effect, babies always have a g-tube placed in conjunction with the Nissen so they can be "burped" by venting the tube. She will also start receiving her milk this way in the beginning as we continue the work of teaching her how to feed orally.

Ideally, we will manage to get her to start taking all of her calories by mouth, the g-tube will be used only for venting, and it won't have to stay in very long. Fingers crossed. At this point though, the Nissen is necessary for her to continue getting better so if we have to continue feeding her through the tube for an extended period of time, it's a small price to pay. Many children, for a variety of reasons, have g-tubes for several years. If she's just got a g-tube and is on minimal oxygen (or none!) we'll be able to take her home - which is an event that I'm really kind of getting antsy for. Being patient is becoming more difficult as we've been stuck for the last couple of weeks with tiny steps backwards and no forward progress.

Surgery is theoretically scheduled for late this week. It's going to be harder this time to see her afterwards with another line, heavily sedated, and on a ventilator again for a few days now that we've seen her looking so "healthy" (everything is relative, right?) Oh well, she's a tough girl and she's already made it through one major surgery in her short life. Our job is just to support her and advocate for her best interest as she takes whatever journey she's meant to take. It's pretty amazing to think about her path already - she'll be 6 weeks old tomorrow (July 10)! 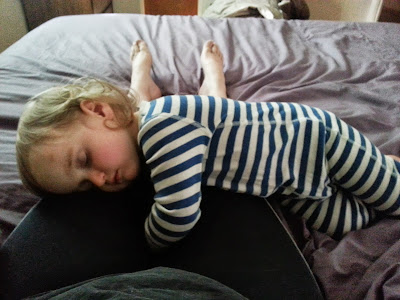 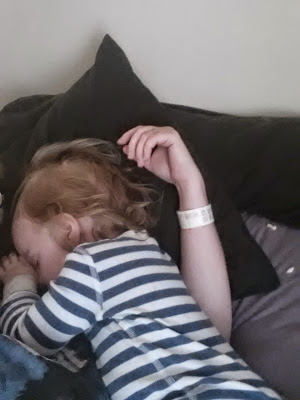 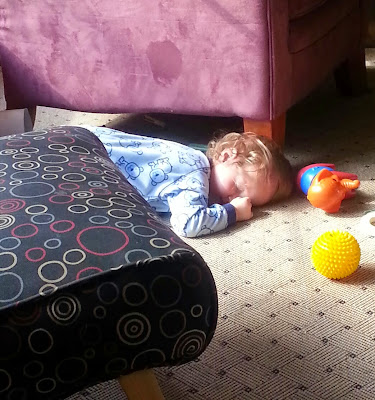 Poor Willow got her very first stomach bug on Sunday afternoon and spent all of Monday at home with Mama, sleeping and feeling lousy. She was truly pathetic but that didn't stop me from enjoying all of the cuddles from my usually super-energized girl.
Posted by Liz at 9:50 PM

I agree, second surgery recovery can seem worse than the first. Sending so many prayers Clarity's way!