Turkeys and Soup - It Must Be November 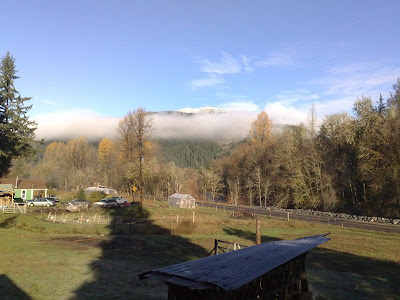 We went to a farm about an hour away, Brice Creek Croft, on Saturday morning and helped with the preparation of our Thanksgiving turkey. 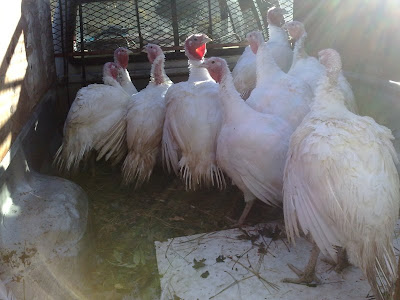 I don't know which one ended up being ours but Q and I learned how to do everything from beginning to end to harvest a turkey. Valerie and Bruce (the farmers) had one other couple out helping and we did all twelve of their turkeys in the space of three hours. We didn't actually help with the killing but they didn't look distressed as they hung there bleeding out. When turkeys are hung upside down, the blood rushes to their head and they get really docile. She carefully cuts the major vein and artery in their necks without cutting the trachea so they just bleed to death without any suffocation.
I really liked dressing them. It's interesting to see all of the different organs and demystify where meat comes from. We now have an 18 pound turkey sitting in the fridge ready to be roasted for Thanksgiving. Hopefully, I'll get a good picture of the final product. 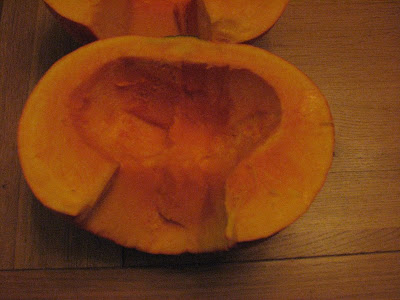 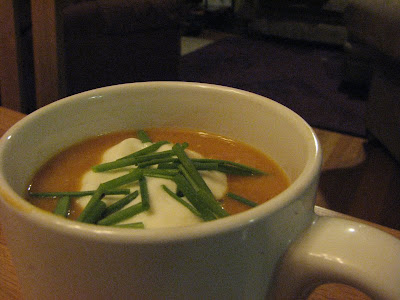 We also bought a box of vegetables from her and I decided to use the pumpkin for the pumpkin peanut butter soup recipe I've been wanting to try. I was going to try to cook it in its own shell but when I finally got the top off I realized that the pumpkin was almost all meat and there was no way to fill it with anything! I ended up baking the pumpkin and the sweet potatoes and then blending all the soup ingredients together before just simmering them on the stove top for a while. I made a half batch due to how much peanut butter we had and I'm grateful because it is really rich and a little goes a long way. We decided it would be the perfect appetizer for some autumn pork dish. I wasn't a huge fan of the sour cream and chives but Q thought they really made it work. That pumpkin was so meaty that we still have half of it in the fridge and the pumpkin pie filling I made out of the first half was enough for the soup and two pies. Mmmmm... 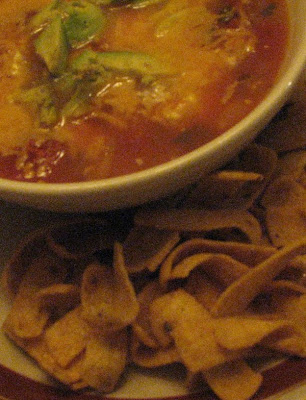 Here's a picture of the Chicken Tortilla Soup we had a couple of days ago. It's been a very soupy week around here. 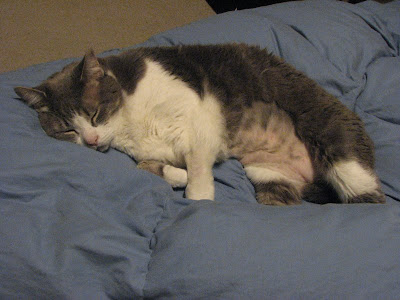 Digit's belly fur is starting to grow back in and you can't really even tell where his surgery scar is. He's not shy about showing it off. 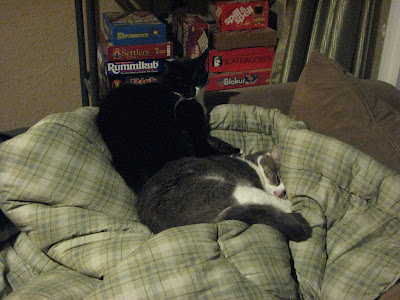 Digit and Binky love it when I leave blankets out on the couch after we've used them.