Geocaching and Andy Comes to Visit 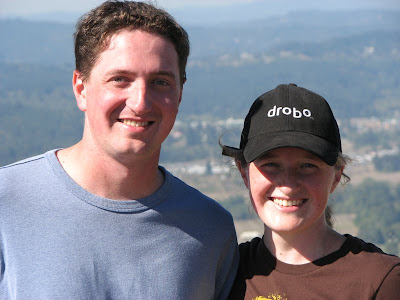 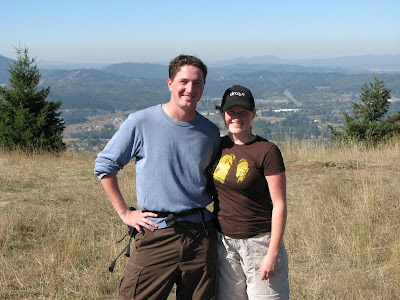 My dear brother came to visit this weekend. He lives in Colorado now and hasn't been out to Oregon in five years or so. We had a great deal of fun. We hiked Mt. Pisgah on Saturday morning and on our way down decided to begin playing with the application on Q's phone that let us find geocaches. We'd never done it before and we are now hooked. If you don't know what it is, go here. (Note: the photos below are dramatic reenactments of real events - the finding of our first cache!) 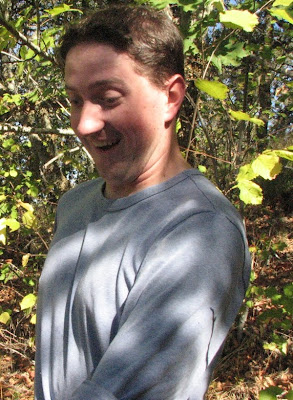 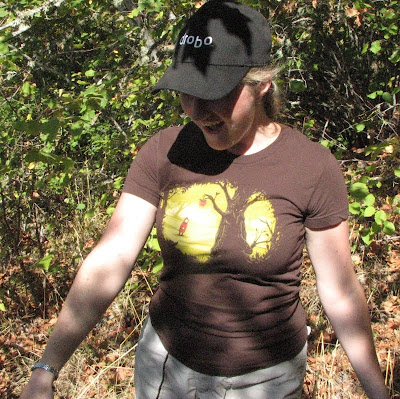 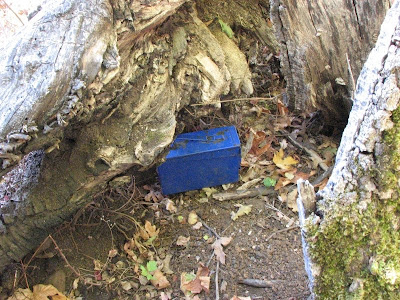 We found our first one up on Pisgah. We decided that we would need to look for a bunch more on the coast while we were on today's field trip. 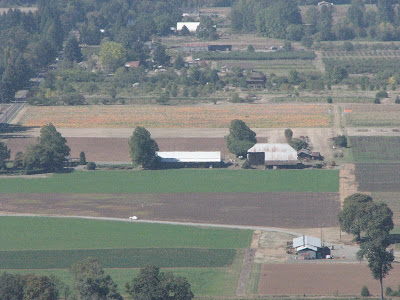 View of a pumpkin field from about halfway up Pisgah. 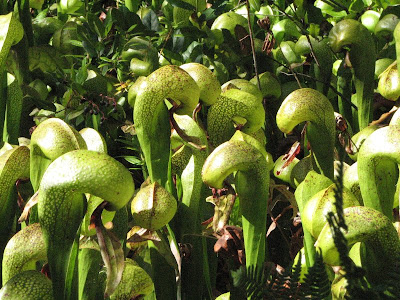 We found our second cache ever at the Darlingtonia nature reserve, a tiny wayside slightly north of Florence, Oregon. A cute path was created that leads into this bit of swamp to protect Darlingtonia Californica, a.k.a. Cobra Lilies, a carniverous plant native to northern California and southern Oregon. We've been meaning to stop here forever but a geocache was finally the incentive we needed. :)
Our final cache out at the coast (we did 7 today out there), was at Otter Rock. We picked up a case of wine at the super yummy Flying Dutchman Winery. I love their Coastal Blackberry. The cache included our first "geocoin". We've logged where we found it at geocaching.com and are going to replace it next weekend, hopefully in Washington. Here's his history so far. Yay! I think we're hooked. 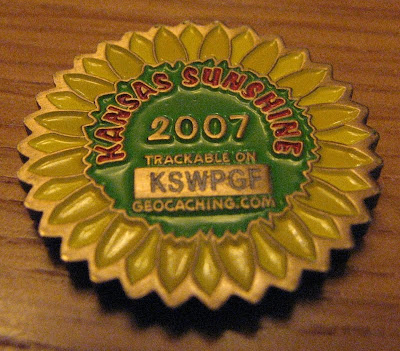 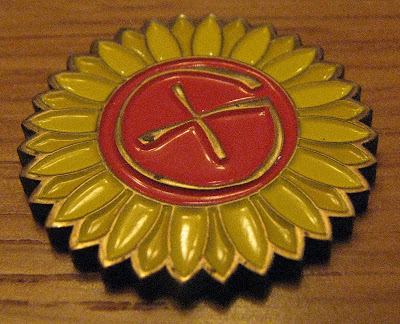 Hopefully Andy will post some of his pictures from this weekend and I'll link to them from here soon.
Posted by Liz at 7:53 PM