Returning to the Garden

I spent the week in Sacramento and when I got back, wow! We apparently had a lot of warm weather while I was gone and everybody got growing like crazy. The tomatoes especially really started to get fruit production going. It's cool and cloudy again today but I hope it doesn't last long. It's hard on the garden. 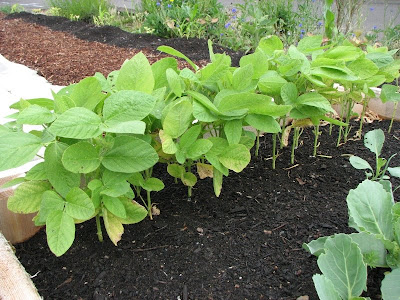 First, the best news, the edamame seems to have righted itself. Notice the bottoms of the stems where all of the leaves had gotten yellow and have now fallen off. Tops seem to be off to being green and healthy again. 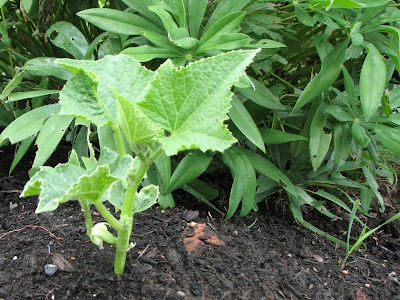 My finest cucumber plant; it's currently about five times the size of the other three. 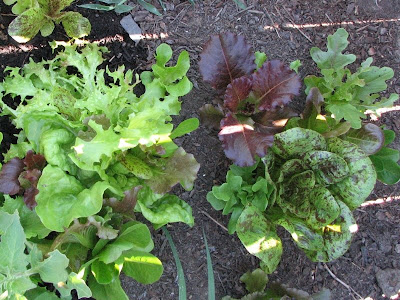 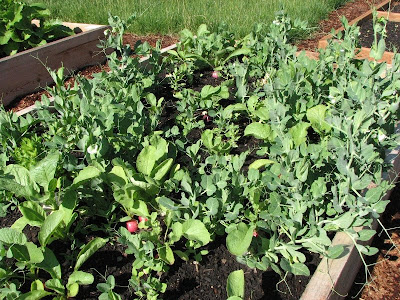 Peas and radishes; we're getting so many radishes it's starting to feel like a children's story, where they start running out of places to put them. I can just picture charming illustrations of tops and roots coming out of kitchen cupboard. Thankfully, we haven't gotten a few pages further, where they're under a mattress, bumping it up all funny. 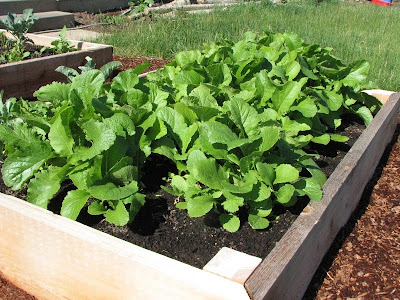 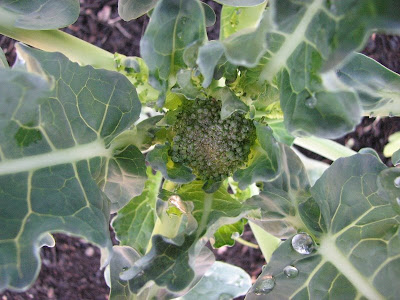 Beginning of a broccoli 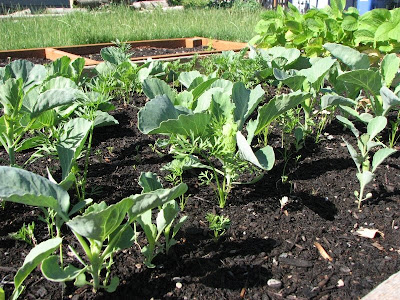 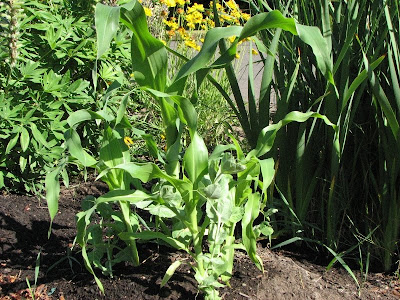 Corn with peas starting their ascent.

The eggplant has grown by leaps and bounds. No real beginnings of eggplants yet, but the blossoms have fallen off. 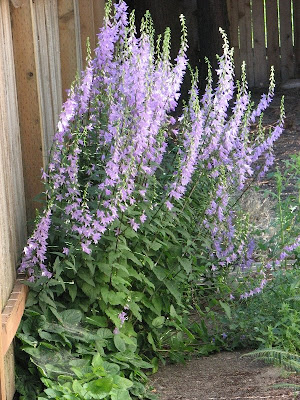 After actually sitting down and searching yesterday, now that we know what the blossoms look like, we've decided that this is creeping bellflower. It's considered a weed because it's so invasive, but I read one comment suggesting that it doesn't show those tendencies as strongly when planted with other "thugs". It's just back in the unlandscaped part right now, duking it out with a patch of violets. We'll see who wins. It will probably have to go sometime just because it's pretty good at blocking the path but I just have such a weakness for stalks of purple flowers.

In the internet search we also found the answer to another nagging question regarding what this plant was... 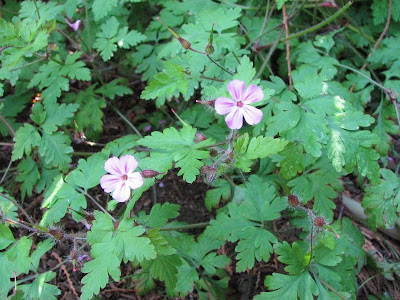 It is Herb Robert.
It is, in fact, considered a noxious weed, but apparently it got to the west through use as a landscaping plant, further proof of how weediness is just being in the wrong place at the wrong time. :)
Posted by Liz at 9:52 AM