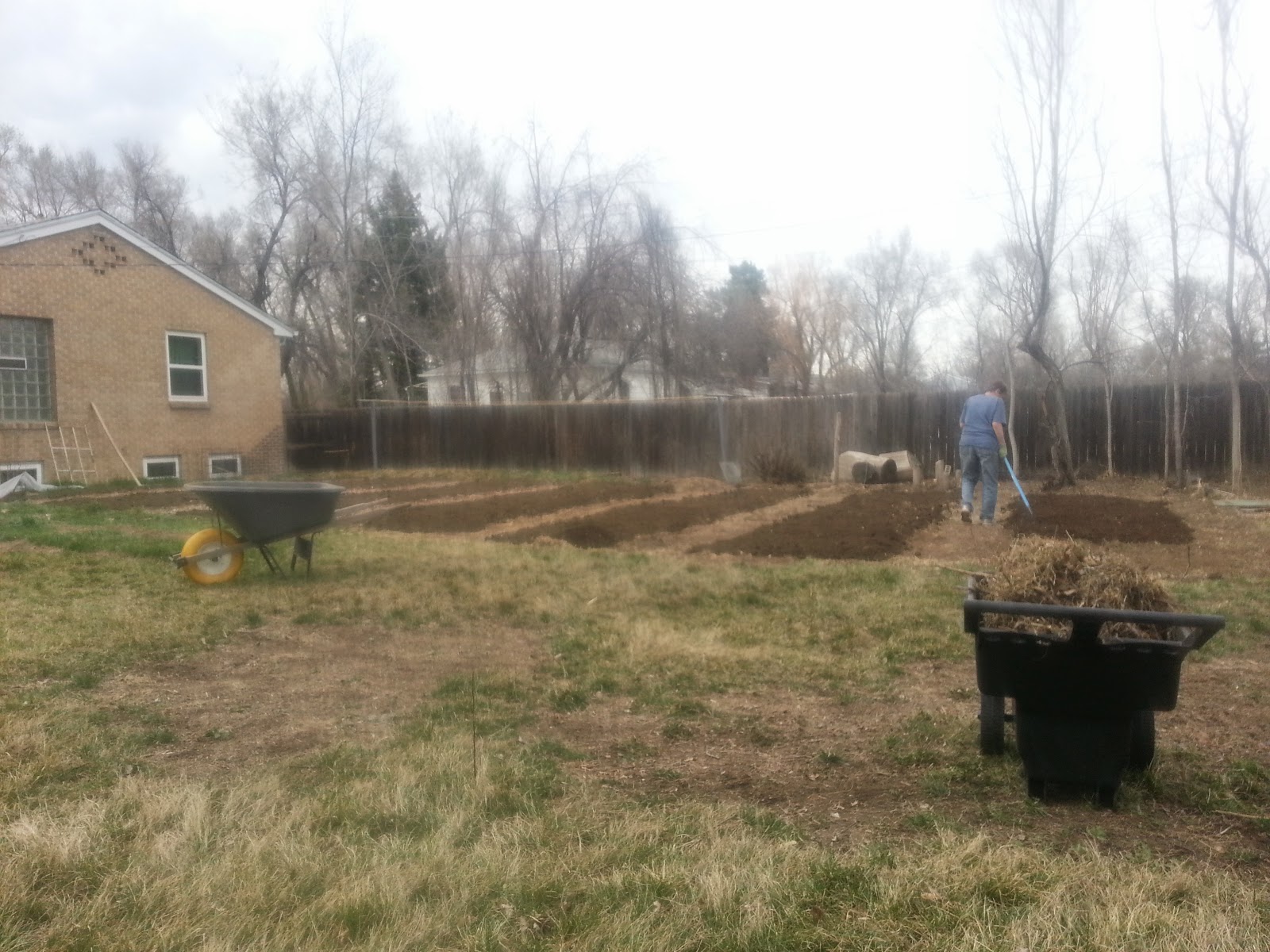 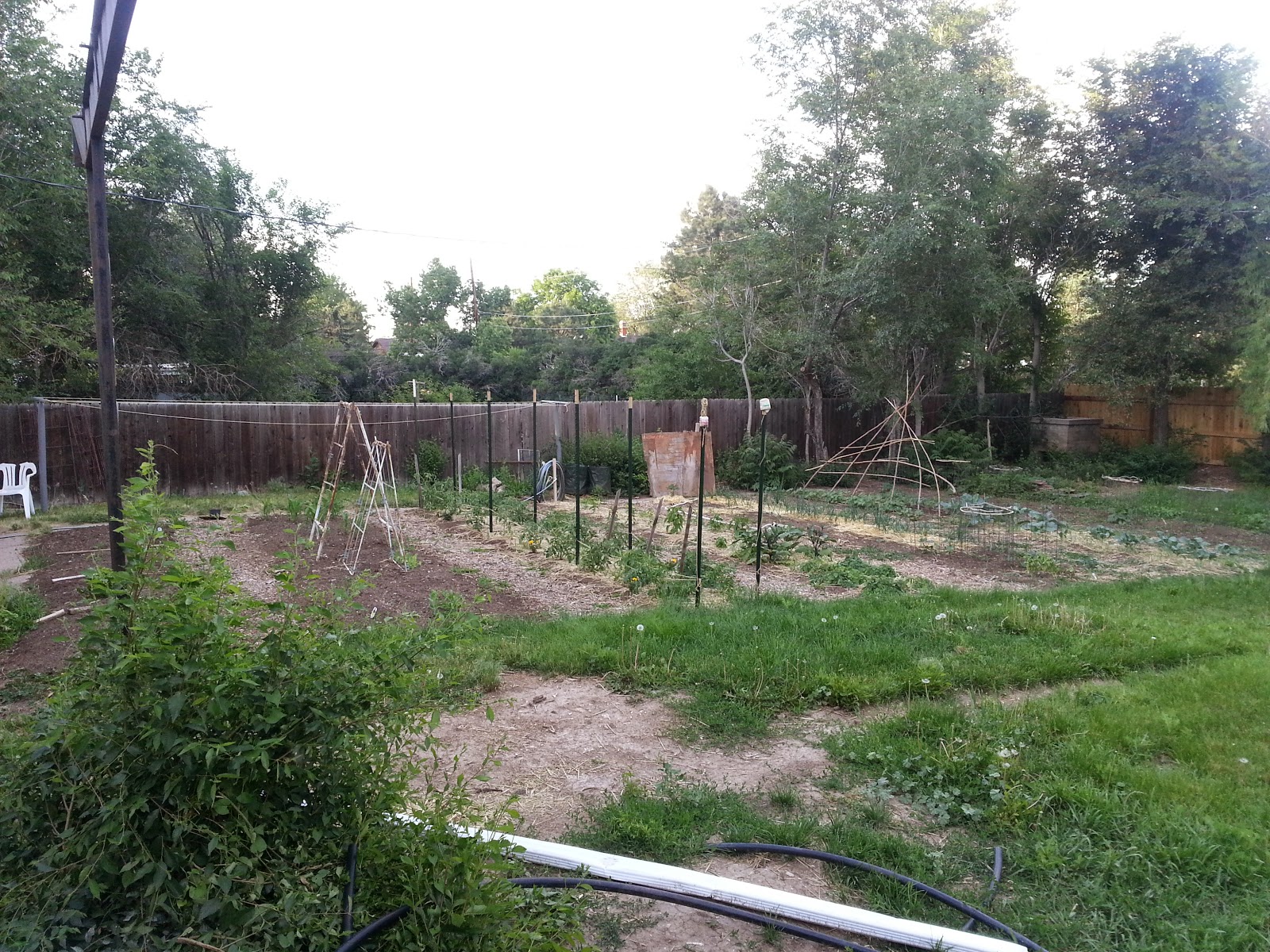 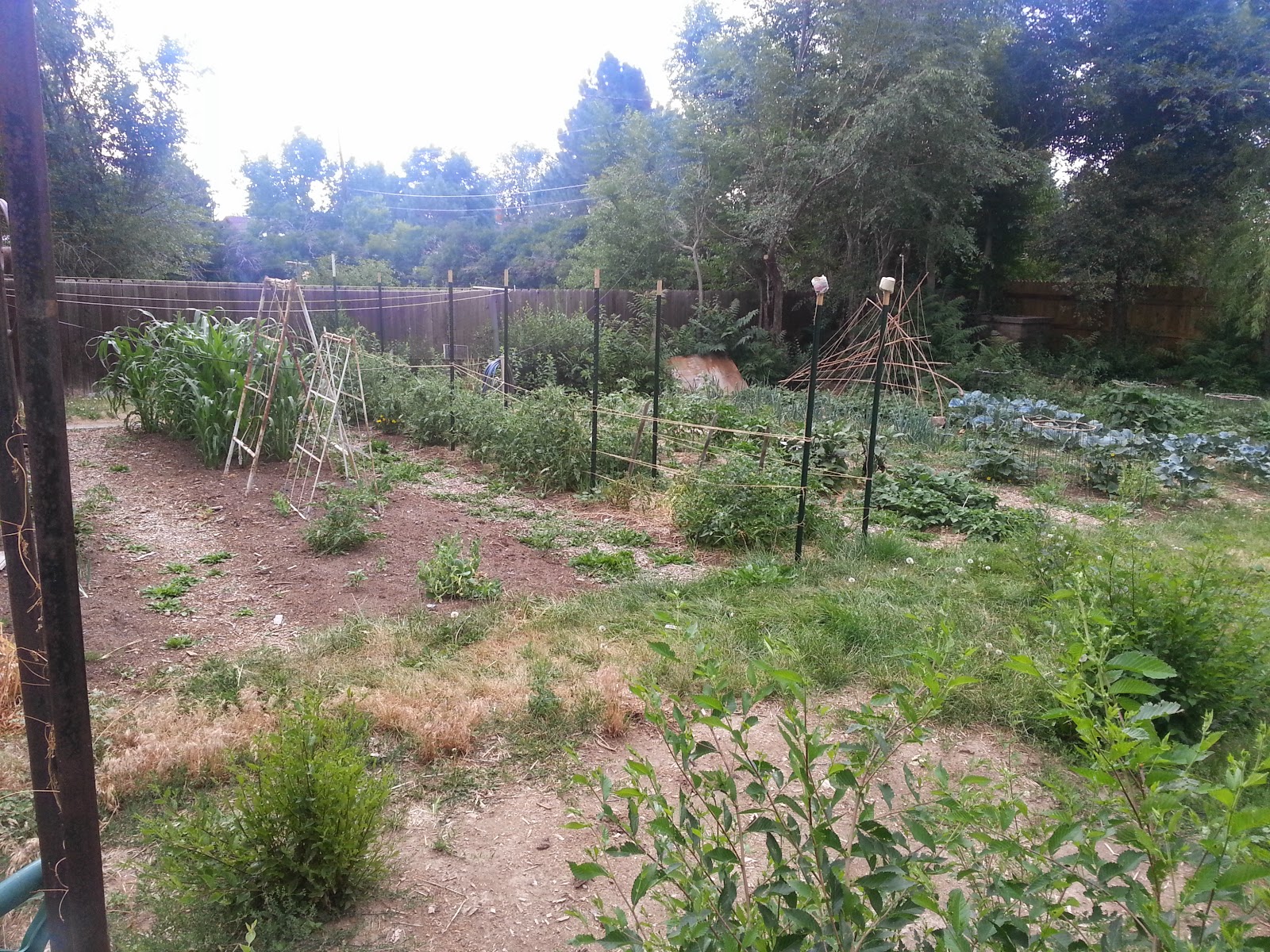 We added a few new rows this year, bringing the main garden up to about 1000 sq. ft (~850 sq ft of beds). Foodwise, there's also the hugelkultur out front where we've started the herb garden and I put out the extra poblano pepper starts, the bed by the front steps with scarlet emperor beans and the front 10'x10' plot that is gardened and harvested by Jovial Gardens to be given to people who need food. They planted the three sisters (corn, beans, and squash) and it's nice to have a front yard garden again, no matter how small.

There was a cutworm problem that caused all of my early crops (lettuce, spinach, radishes, pak choy, parsnips, beets, carrots and peas) to be a dismal failure. It was frustrating for a while there when I didn't know what was going on and stuff just sprouted and disappeared or seemed like it never came up. I've got about 4 parsnips, a half dozen beets and a motley collection of pea plants that survived. I overplanted most of those beds with extra tomato and pepper starts. Beyond that things are mostly growing well. For some reason the Brazilian Beauty tomato plants have withered away to nothing while all the other varieties around them thrive. Flea beetles have also suddenly invaded the crucifers (will have to do something about that) but hand picking has been working to keep the cabbage moth caterpillar population under control.

The harvest is just starting so I get to start keeping a running total on the side of the blog after taking a two year hiatus with the move (2012) and the NICU (2013)! I've missed keeping a garden record.